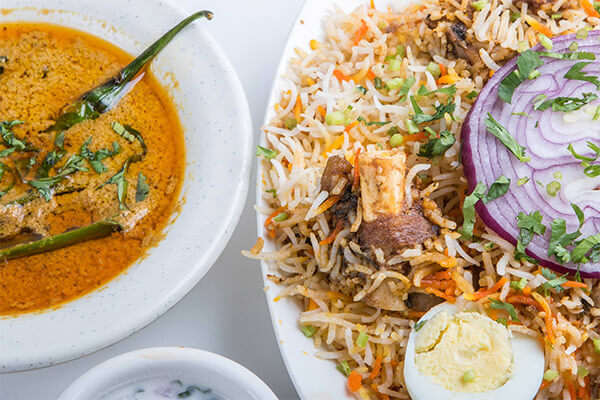 Over the past decade or so, Pearland, the fastest-growing city in the Houston metro area-has quietly built a reputation as a respected food destination. This formerly sedate fruit-farming town has become an expansion of Houston’s renowned culinary scene.

Pearland has become a bona-fide melting pot of worldly dining from the Far East to South America.

Come see for yourself how dining in Pearland has greatly improved

This Indian gem of a restaurant is nestled in a strip mall next to an Indian market called Swadeshi Groceries. It’s family-owned, like many Indian restaurants, so you can trust that the fare is exceptional. But this place offers the best Tandoori dishes, Indian crepes (dosas), and fried samosas that your taste buds will have ever had the good fortune to savor.

Owner Ronnie Killen opened the barbecue spot in 2014 inside a renovated school cafeteria -the same school that he attended as a child- and it became one of the nation’s most acclaimed smokehouses. If you love barbecue, and who doesn’t, you need to come see what all of the fuss is about.

Vietnamese food is as synonymous with Houston’s food identity as Tex-Mex. NAM Noodles and More, is a popular, family-owned mini-chain with a flagship restaurant in Rice Village. Savor Vietnamese staples, such as: pot stickers, rice plates, vermicelli, and pho banh mi, all made fresh in-house daily.

Prior to LBE, Tex-Mex was the sole representative of Latino cuisine in Pearland. Nowadays, foodies can enjoy a mouth-watering variety of Latin street food from other parts: Argentinian & Colombian empanadas, Venezuelan cheese sticks known as tequenos, and Puerto Rican jibaritos (a sandwich with plantains as the ‘bread’).

Now that you know where to eat in Pearland, you’ll come back to Pearland RV Park in great spirits because you’ve come to expect the very best and that includes enjoying a variety of great amenities and accommodations including high speed Wi-Fi and cable tv. Book your stay at https://www.pearlandrv.com/.