Lots of relaxing ways to celebrate Independence Day right here at Pearland RV Park. You could… 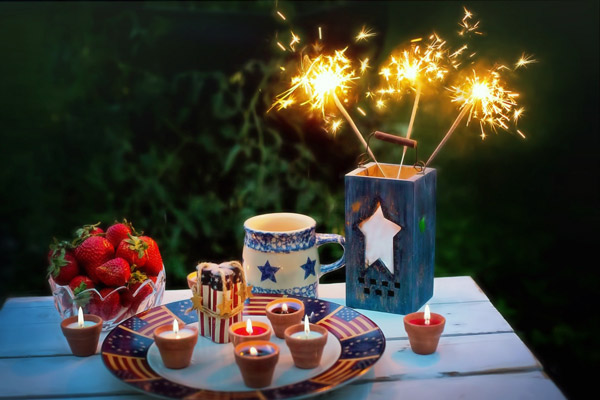 Training to become a Navy fighter pilot, Maverick (Tom Cruise) certainly has his work cut out for him. But with a new bestie named Goose and a crush on his flight instructor, we see just how much this young pilot can accomplish. It went on to win the People’s Choice Award for Favorite Movie and reigns as one of the most popular Halloween costumes of all time. Watch on Amazon.

It might not stoke your inner patriot, but this film is set on July 4th. A beach town is rocked when a killer shark is out for blood. Steven Spielberg’s thriller, based on the novel by Peter Benchley, is a can’t-miss summer flick. Watch on Amazon.

In this movie released the day before the 4th of July in 1996, Captain Steven Hiller (Will Smith) and President Whitmore (Bill Pullman) are on a mission to save the United States … from an alien invasion. This sci-fi action film is a twist on your classic war movie. Watch on Amazon.

Or Go Forth on the Fourth

Hop in the car and see what’s happening in nearby cities. Let’s go!

Watch a parade of local school bands, floats and classic cars at 9:30 a.m. and then head to Bellaire Town Square and Loftin Park for a fun-filled festival featuring games, food and music. Kids can choose from a variety of activities, including a Putt-Putt course, petting zoo, rock wall, water slide and more. Just 6.5 miles from Houston, the Bellaire Festival is FREE!

Tomball Fireworks in the Sky

Just 27 miles from Houston, Tomball, Texas celebrates July 4th with a giant fireworks display at FM 2920 and Highway 249. Be there! It’s Social Distancing with a BANG! Fireworks start at 9:30pm. FREE!