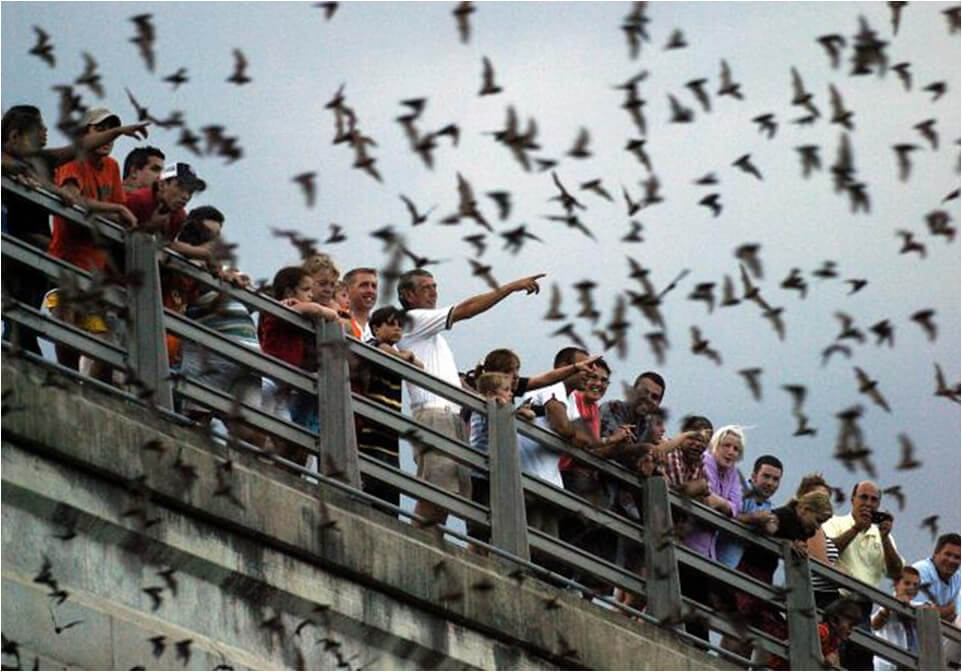 You’ve done your fair share of exploring the world. That’s why you’ve got an RV right? You weren’t content with just spending your life in one place. Now you’re staying here with us at Pearland RV Park, and the Waugh Bridge bats are nearby! This sight is off the beaten path and costs nothing.

One of the interesting off-the-beaten-path things to check out is the Waugh Bridge. Not because of the bridge itself, but because the design is the perfect structure to attract a colony of Mexican free-tailed bats!

Around 1999 folks started noticing a bat colony that had established itself at the bridge. Just a few years ago there were 300,000 of them, but Hurricane Harvey devastated the colony. It is in the stages of rebuilding but isn’t quite as epic as before. However, if you get there around sunset on a warm night, you’ll be able to see the bats take off.

Seeing the bats is great, but there are some things that are recommended when you’re there for the viewing. First, make sure you’re several feet away and not under the bridge. Don’t bring flashlights or cameras that have a flash as that will scare the bats.

Loud noises, including raised voices, can alter their behavior, so keep the volume of your voice low. Don’t throw objects at the bats and if they’re on the ground do not touch or pick them up. The bat could be ill or learning how to fly, and if grabbed while grounded it will bite.

Pearland RV Park near the Waugh Bridge bats offers a variety of great amenities and accommodations including high speed Wi-Fi and cable TV. Located near Houston, we are close to all that the big city has to offer, but with the quiet and picturesque rural surroundings. Book your stay at pearlandrv.com.